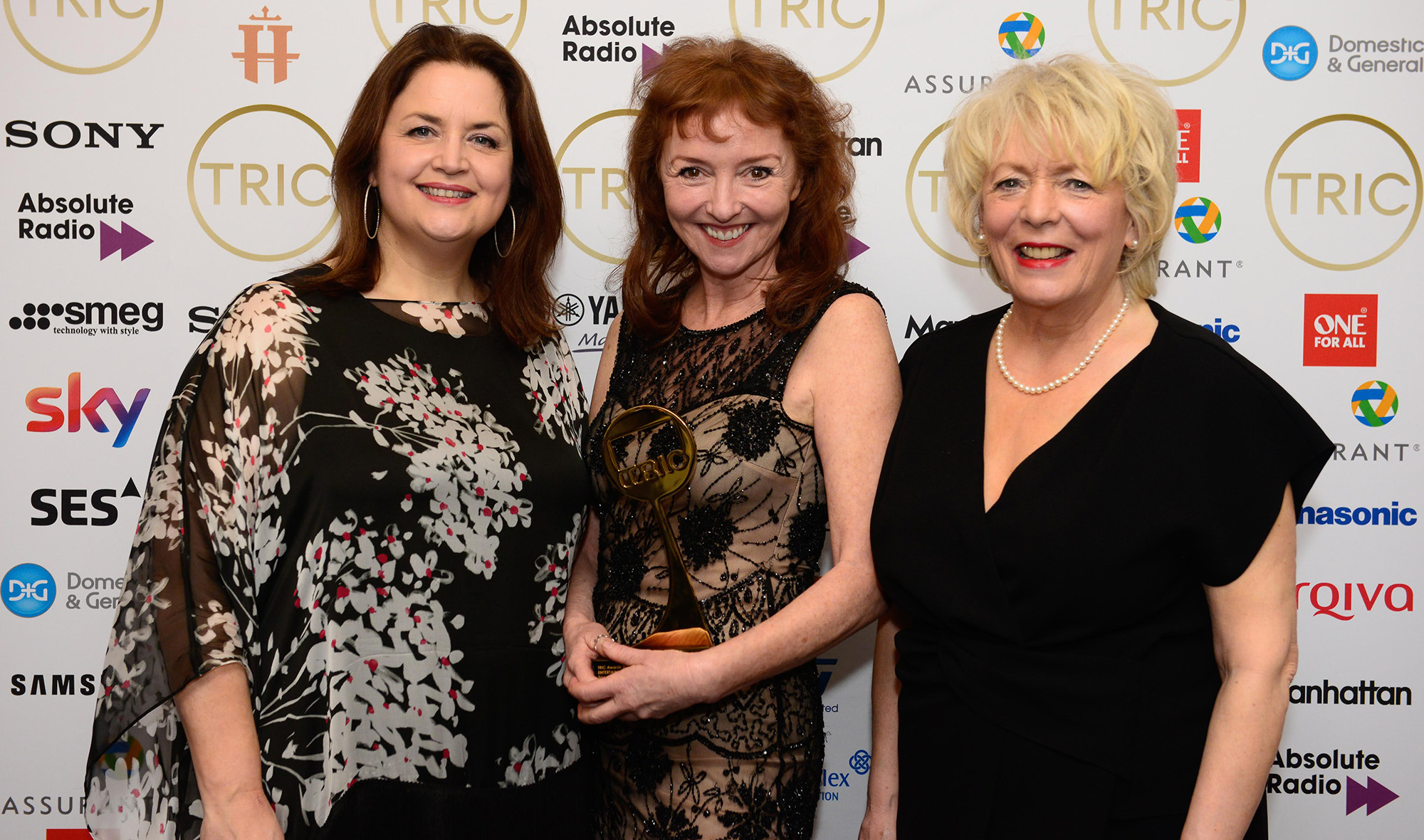 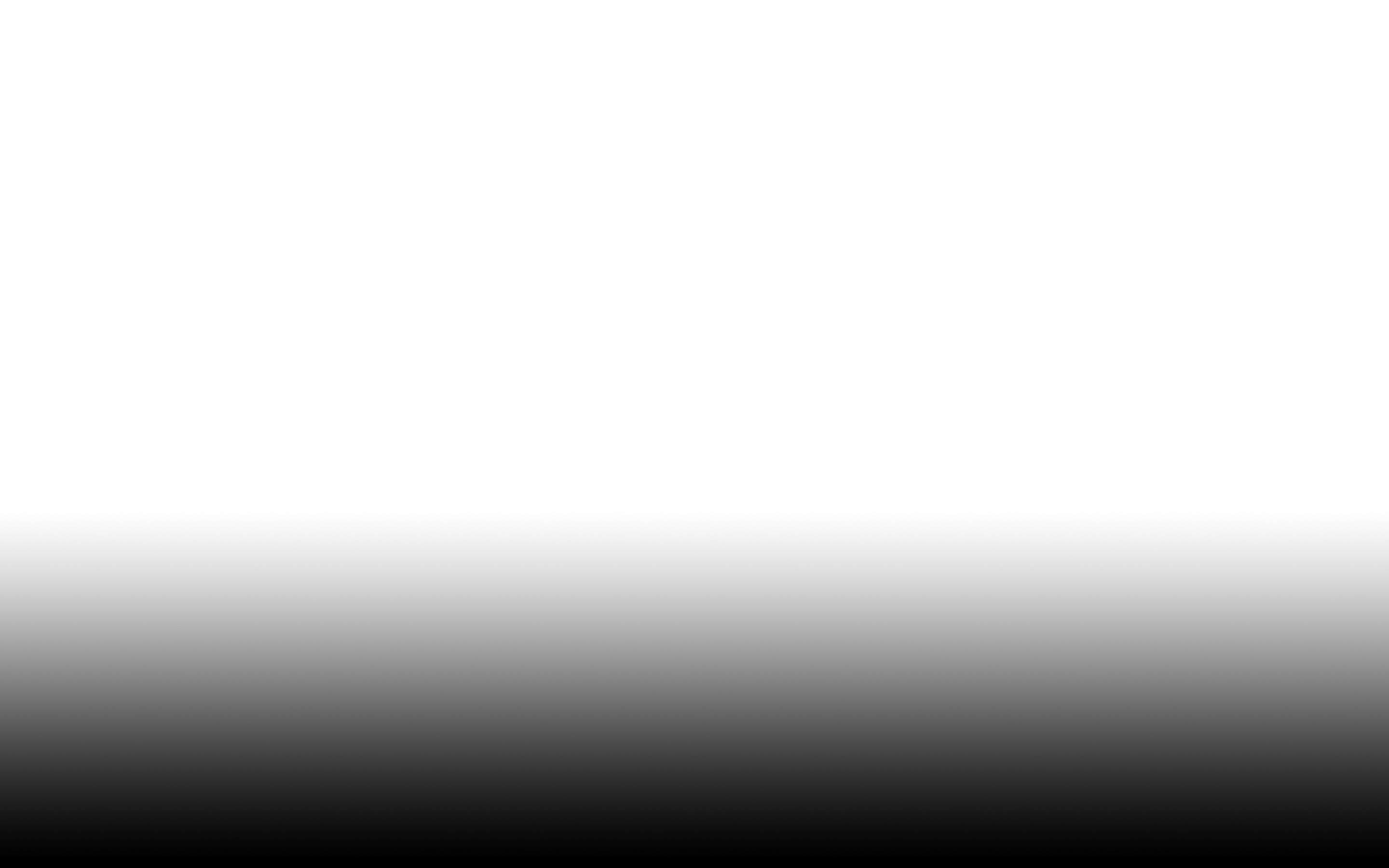 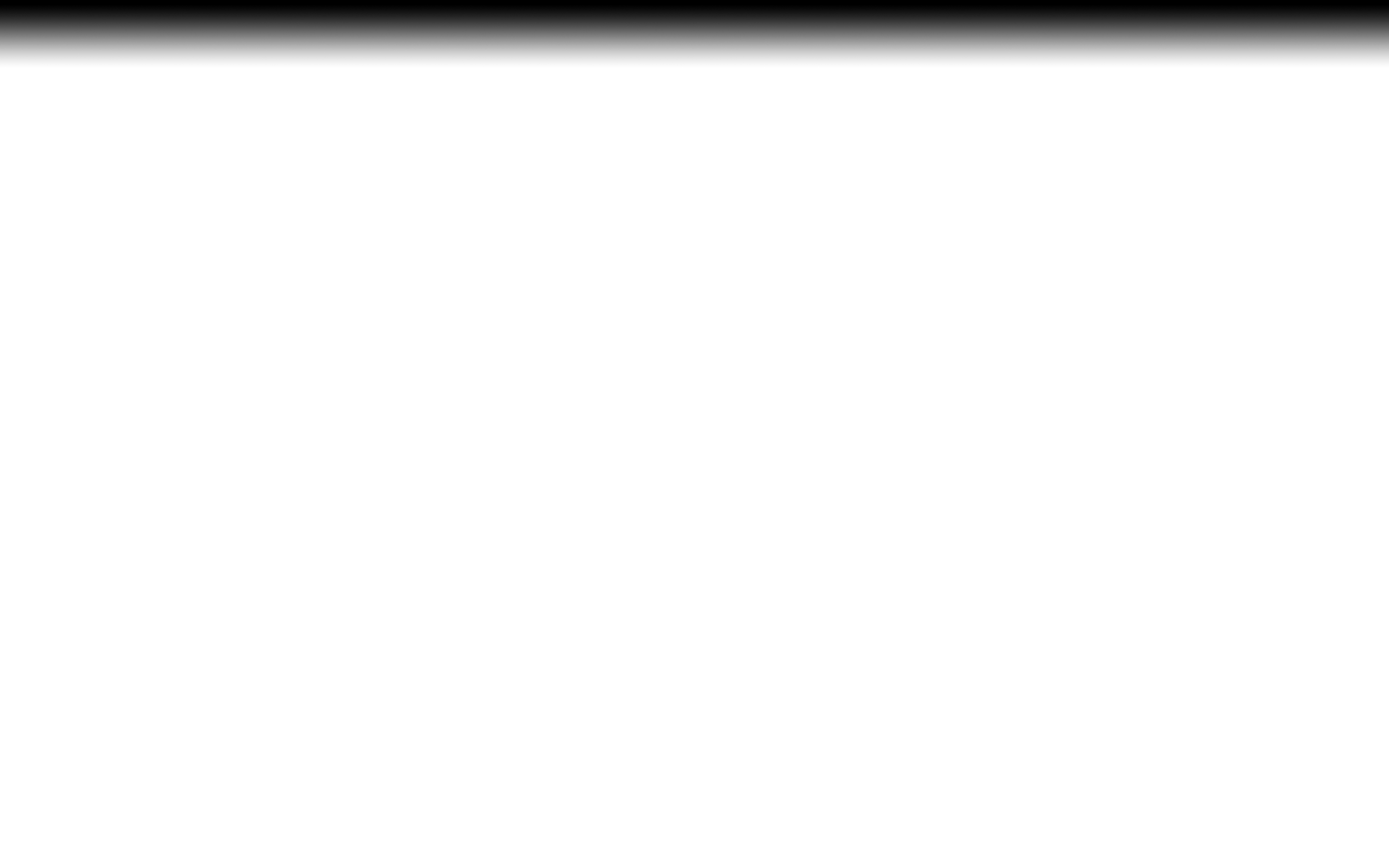 Daniel Todaro Chair of TRIC
Daniel is a founding partner and Managing Director of Gekko Group, a UK & Ireland based agency group who specialise in Marketing & Customer Experience for the Consumer Electronics, IT and Leisure sectors.

Over the course of his career, operating agency-side, across several organisations and roles, Daniel has worked with global companies and start ups alike to create memorable stories that enhance the customer journey.

As a graduate of Industrial Design, Daniel has a creative approach to marketing solutions. He helps brands engage better with consumers through a holistic approach incorporating their sales and marketing strategies. He also writes often for a variety of trade publications on thought leadership and with opinion pieces. 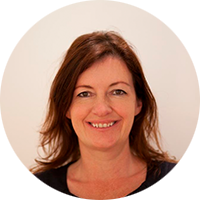 Jane OstlerVice Chair of TRIC
In her role as Global Head of Media (insights division) at Kantar, Jane is responsible for media effectiveness strategy. She ensures the evolution and delivery of solutions and expertise to address clients’ needs in a fast-changing world.

Prior to this, Jane led creative and media and creative digital units at Ogilvy, Mindshare and JWT before a spell in early-stage venture capital. She then moved client side to Digital UK, who managed the UK’s successful switchover from analogue to digital TV. She led on marketing strategy, managed agencies, execution and audience support, and subsequently moved in to the role of Communications Director at Digital Radio UK, then UK MD for the fast-growing Media & Digital team at Kantar Millward Brown.

Jane is also a qualified architect and has two teenage boys. 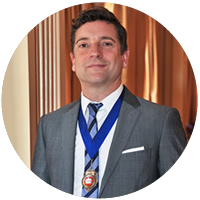 The DTG brings together key sectors of digital TV to collaborate with their technical experts, creating the best viewing experience across the UK. The group has been central to the development of digital television in the UK, defining the core requirements of every television set sold. Today the DTG drives developments such as on-demand and internet TV, video advances like UHDTV, VR, AR and immersive audio.

An engineer by profession, Richard’s experience spans product design and marketing strategy in the consumer electronics and television industries.

Now living in London with his husband, Will, and their dog, Hendricks, he assures us he makes time for family, food, films and festivals. Alexia SciplinoDirector
Alexia is responsible for the day-to-day running of TRIC, working closely with the Committee, Chair, Vice Chair, President and Secretary.

She is also the Head of Corporate Development at the Digital TV Group (DTG), an association that sits at the centre of the TV industry.

She holds over 19 years’ of experience in driving business development and marketing for public relations agencies working with global organisations through to innovative start-up brands. She sat on the Management Board at Octopus Group, Publicasity and Weber Shandwick and was instrumental in growing Hotwire PR from start-up through to fifth largest in the UK in just five years.

Alexia has a passion for food and great wine, she hosts supper clubs at the weekends with her Chef partner, and has two young boys and lives in Norfolk. Chris LucasSecretary
Chris spent 40 years in the Consumer Electronics business starting with Sony, before moving to Toshiba where he spent most of his working life.

Chris has served on the TRIC Committee since 1994 and spent 2 enjoyable years as TRIC Chairman (1998 – 2000). During this time he introduced our first Lady President (Gloria Hunniford) to the Club.

As an insulin-dependant Type 1 Diabetic, Chris lists his greatest achievement (with the help of health care professionals) as the careful management of his condition that lets him enjoy a completely normal life.

Chris and his wife, Shirley, live in Weybridge, Surrey, and share two sons. Alison Ball
Ali has been organising high profile events for over two decades.

Highlights include Bradley Cooper’s premiere party for The Hangover, the Hairspray premiere afterparty and illuminating Regent Street at Christmas with Samuel L Jackson.

She has launched albums for Alicia Keys and Usher, and wrapped TV hit shows (X Factor, First Dates and Big Brother) in style. Ali has launched a book for Joan Collins and organised glamorous birthday parties for Kate Moss and Mariah Carey.

Ali’s versatility extends far beyond showbiz. She has directed events with budgets as high as £1 million for global brands like British Airways, Google, Braun, Northern Shell and Credit Suisse, for 20 years.

Ali joined in 2016 as TRIC Event Director. She lives in Clapham with her partner and their daughter. 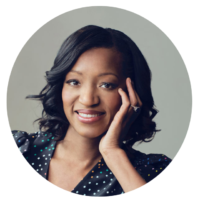 Rose Hulse
With more than 20 years of experience in the media, entertainment and technology sectors, Rose Hulse founded and serves as CEO of curated app-based streaming aggregator, ScreenHits TV (SHTV).

Hulse soft-launched the London-based aggregation service in 2020, following its transition from a successful B2B aggregator for the entertainment industry since 2012.

With many of her studio clients shifting their focus to the consumer streaming market, Rose set out with a vision to create an independent aggregation service solely focused on making the consumer experience easier.

Overcoming a number of barriers for a diverse woman of colour, Hulse leveraged her corporate, startup and entrepreneurial skills to develop and officially launch ScreenHits TV in April 2021.

ScreenHits TV and Rose Hulse have featured at the top of Variety’s ‘Inaugural Silicon Valleywood Impact Report’, and in publications including Deadline, Variety and Forbes.

As a
television writer, script editor and producer specialising in comedy, his extensive screen credits include ‘Miranda’, ‘Have I Got News For You’, ‘Would I Lie To You?’ and ‘Spitting Image’.

Honours include a British Comedy Award for ‘Al Murray’s Happy Hour’, an RTS award for ‘Miranda’ and the title of ’39th Greatest Comedy Sketch of All Time’ for a contribution to ‘Smack The Pony’.

He has considerable board experience, having served as a non-executive director of the Authors’ Licensing & Collecting Society and a co-opted committee member of The Wine Society.

He’s married with three screen-obsessed children and an excessive number of pets. Gordon Dutch
Gordon is a serial entrepreneur, having been involved in many successful businesses over the past 25 years, including BBG Distribution and most recently Peerless-AV.

In April 2020, on HM Queens Elizabeth II birthday, Peerless-AV received the Queen’s Award for Enterprise. Only 7000 UK businesses have won this award since 1965.

Between 2008-2010 Gordon was listed in the “Who’s Who of Britain’s Business Elite” for the UK’s Fastest Growing Businesses, and in 2009 was presented a Lifetime Achievement Award by Mobile Electronics News. In June 2017 Gordon was also inducted into the Installation Awards Global Hall of Fame for Contribution to the AV Industry.

Known for his fun personality, he is a keen musician and lover of martial arts, which he has studied for over 20 years. Howard Saycell
Howard was Chairman of TRIC from June 2006 through to June 2008 and remains an active member of the committee.

He lives with his wife Joan in Northamptonshire, close to their two grown up daughters Claire and Hannah.

A keen supporter of TRIC for many years, Howard believes that the combination of superb events and raising money for excellent causes means that TRIC has really got a great formula.

Howard has worked for Sony for over 20 years and has been involved with TRIC for over 10 years. 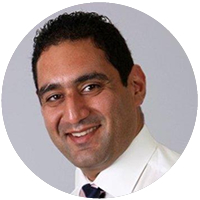 Kam Kandola
Kam has over twenty years’ experience in winning new business along with strategically managing and developing client relationships in the insurance, financial services and warranty sector.

He has successfully won numerous new clients in the insurance and warranty sector which are major blue chip organisations along with growing, developing and managing the largest clients in this sector combined with managing large successful teams.

Kam lives in Berkshire with wife, Kally, and their wonderful children, Kiran, Arjun and Aman. 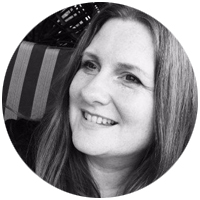 Charlotte Graham-Cumming
Charlotte is a Senior Marketing Professional, with a specialism in working with technology B2B and B2C organisations.

Charlotte has worked globally across the full marketing mix, and now specialises in helping companies optimise their customer engagement, acquisition and retention strategies.

She works with Business Leaders and CMOs to simplify marketing complexity, whether it involves deciphering GDPR, complex technology or intricate customer profiles. Roy Dickens
Roy has been in the electronics industry for almost 40 years.

He brings a wealth of experience to TRIC, both from his retail days whilst at Freemans Mail Order, and in Sales & Marketing from his time spent working within Sony Consumer Electronics.

His knowledge, passion and support for specialist retailing enables TRIC to embrace change, ensuring we stay one step ahead! Mike Finchen
Mike worked in the UK broadcasting industry and has a long pedigree in TV channel launches on Freeview dating back to its launch in 2002. In recognition of his services to TRIC, Mike was elected as a Companion of TRIC in 2018.

He was closely involved with the Digital Switchover programme in both the UK and Gibraltar. He has held shareholder board positions with the Freeview marketing company (DTVSL), DUK, The Community Channel (Together TV) and has been on the TRIC committee for over 10 years, holding both the position of chair and vice-chair.

Prior to his career in the broadcast industry, Mike worked in various commercial and operational roles in a number of telecommunications, software and defence companies both in the UK and internationally.

He lives in Solihull with his wife Carole and is enjoying his retirement, being a grandparent, travelling, playing the piano and researching military history. Tony Dugdale
Tony has worked in the Television and Radio Industries since 1960.

Tony has a great passion for the Industry and has worked from Junior Salesman in the North, to being part a mix of Management teams across brands including Phillips, Samsung and Sharpe. In 1997, Tony set up his own Consultancy Business, Elliott Business Connexions.

Through the industry he has met some amazing people, including Her Majesty the Queen, Bobby Moore, Jack and Bobby Charlton and Sir Geoff Hurst. Tony’s most memorable achievement was to arrange and host the Pye Celebrity Awards at the Hilton Hotel London in May 1984. The event was attended by Princess Anne, and raised £10,000 for the Riding for the Disabled charity.

Tony joined TRIC in 1964 and been a member of the TRIC Committee since 1997. Tony’s passions in life include his wife, Pat, his two children and his four grandchildren. Terry Mobbs
Terry joined the TRIC Committee in 1982, has served as TRIC Chairman and was elected Treasurer in 1998.

Terry is enjoying his retirement following a lifetime of work helping to build our illustrious industry.

Currently, Terry continues to lend his mind and his time to various good causes close to his home in High Kelling, North Norfolk. In his free time, Terry strives to improve his golf handicap! 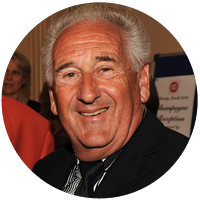 Vic Bray
A previous TRIC Chairman, Vic started his career in the electricity supply industry and was for many years involved in electrical retailing installation and service.

Vic was a Director of Domestic & General for 15 years.

Since retiring from D&G he and his wife spend the winter months in Barbados, where he teaches young children with learning difficulties to swim and Marion teaches them craft. Brian Tesler CBE
A past TRIC President (1979-80), Brian’s professional life in television began as a BBC producer in 1952. He moved to Independent Television with ATV in 1957, where he was the first winner of BAFTA’s Light Entertainment Production Award.

He joined ABC Television in 1960 as Head of Features and Light Entertainment, became its Controller of Programmes in 1962 and was appointed to its Board in 1964. In 1968 he became a founder-Director of Thames Television and in 1974 moved to London Weekend Television to become John Freeman’s Deputy Chief Executive and subsequently the company’s Managing Director (1976-84) and Chairman and Managing Director (1984-92). In 1982 he became a founder-Director of Channel 4. In June 1986 he was appointed CBE and in the same year was awarded Pye Television’s Lord Willis Trophy for Outstanding Services to Television. He retired as Deputy Chairman of LWT’s Holdings Company in 1994, when he set up his Multithon Charitable Trust.